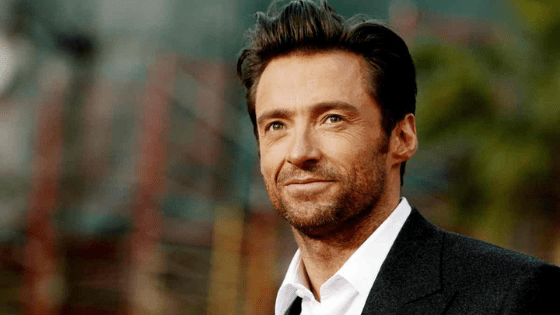 Often times it can feel like celebrities are better than the common people. It is common to feel like nothing bad can happen to them or that they don’t struggle in life.

However, even celebrities can get cancer, just like anyone else. The following are the stories of seven celebrities who have fought cancer and won, and the messages that they have for you, to help you through this fight and encourage you on this journey.

48-year-old Australian actor, Hugh Jackman, is known for his roles in “X-men”, “Les Miserables”, and, most recently, “The Greatest Showman”. With playing such a variety of characters in his career, one can tell that Jackman puts his whole heart into every project that he is a part of, and he does so with a smile.

Jackman is no stranger to pain in his life, with his mother leaving the family when he was 8, he has used acting as a way to cope and pull himself out of the darkness, and his passion for the art shows.

In 2013, Jackman was diagnosed with basal cell carcinoma, the most common type of skin cancer. Since then he has had five other carcinomas removed, with his last removal being in February of 2017 when they removed a carcinoma from his nose.

While this form of skin cancer is the “mildest” of the skin cancers, because it doesn’t spread, that does not mean that Jackman is not taking it seriously. Jackman makes sure to go in for routine check-ups every three months and has been urging fans to use sunscreen.

He is very open and transparent about his diagnosis, saying that he has nothing to hide from his fans, he just wants to help them avoid the same problems that he has had because of his cancer.

44-year-old Sheryl Crow is an extremely well-known singer all over the world. Keeping a positive mindset and showing gratitude for the things in her life have always been important to her.

Last February she went for a routine mammogram, and after a follow-up biopsy, she was diagnosed with invasive ductal carcinoma in her left breast. This started a long journey of treatments for her, she had a lumpectomy which was followed by seven weeks of radiation therapy.

Crow knows that she was blessed with incredible doctors and was very lucky to catch cancer early when her gynecologist encouraged her to get a biopsy after an irregular mammogram.

She says that she could not have done it without the support of her family, which helped her through her treatment without being in her face. Instead of pushing herself too hard, Crow knew that she needed to allow her body time to heal and rest.

She said that listening to her own body and understanding and honoring her own needs every day was something that became vital during her fight.

Driven by gratitude and grace, Crow knows that she would not have been able to do this without her support system or her amazing medical team. Today, Crow is an advocate for good prevention and good screenings when it comes to cancer. She had been getting regular mammograms since she was 35 because self-examinations were too difficult for her.

Crow encourages everyone to talk to do routine self-checks, and talk to their doctor. 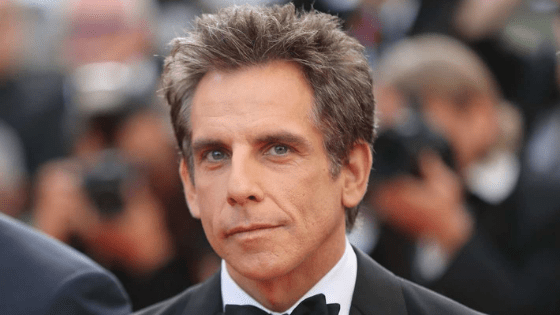 Scared about what was to come, and unsure of what having cancer even meant, Stiller took to the internet to understand his diagnosis. What he learned was that he was incredibly fortunate to have caught it so early, all because his doctor gave him a test that he didn’t have to.

He had no symptoms, no history of prostate cancer in his family, and he was not in any of the high-risk groups; if he had not been given the test, he may not have been able to treat cancer successfully.

Cancer Still was diagnosed with was categorized as “mid-range aggressive cancer” and after getting a few different opinions, he decided to have surgery to get cancer removed.

The test Stiller was given is a controversial one, because it can cause patients to get unneeded tests if they don’t actually have cancer. In Stiller’s case, he was lucky that he was given the test, he acknowledges that this may not be the case for everyone.

Stiller believes that early detection is key in fighting cancer and encourages people to work with their doctors to ensure that they are doing all of the tests necessary to detect cancer early enough. 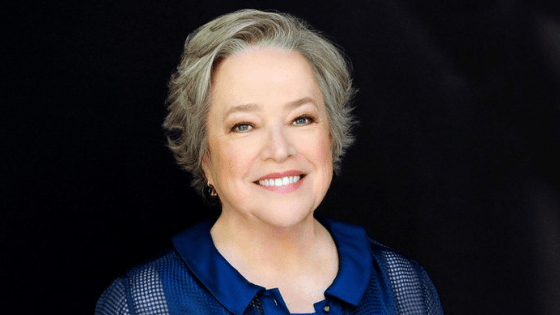 Kathy Bates was first diagnosed with stage 1 ovarian cancer in 2003 when she was 55 years old. She immediately had surgery which was followed by intense chemotherapy, but she didn’t publicly tell anyone or talk about it.

She didn’t want to become the “poster child” for ovarian cancer and her agent wanted her to keep working. But this was extremely painful for Bates and took a lot out of her. Then, in 2012, was hit with extreme exhaustion again and went to her doctor for an MRI where she was diagnosed with breast cancer.

Acting quickly again, Bates decided to get a double mastectomy. She knew that breast cancer ran in her family and she didn’t want to risk anything.

Read also: Self-Care is Not Selfish | A Guide: How to practice Self-Care

Today, Bates is cancer-free, yet still struggling with lymphedema, a disease that is commonly caused by the removal of lymph nodes during cancer treatment. It can cause extreme pain, swelling, and unfortunately has no cure.

Bates became extremely angry after her most recent diagnosis and felt that her life was over. Then, she decided to turn that negative energy she was feeling into something positive, and she started raising awareness and talking about her disease and cancer treatments.

She says that her biggest advice is to get regular checkups and stay as healthy as possible. She wants girls and women to stop worrying about how they look and focus more on making sure that they are taking care of themselves and ensuring that everything in their body is working properly. 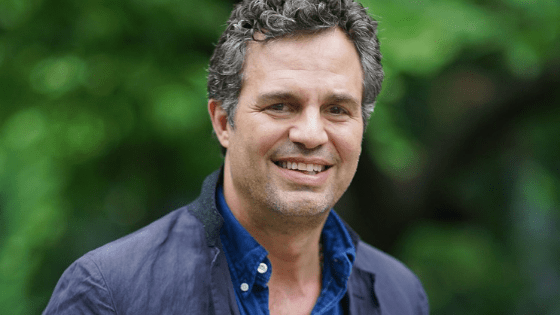 American actor, producer, director, and screenwriter, Mark Ruffalo has quite the resume under his belt. From working on the “Avengers” movies to movies like “Shutter Island”.

Working on these movies could give anyone a wild imagination, however in 2001 when Ruffalo had an extremely vivid dream about having a brain tumor, it terrified him so much that he couldn’t ignore it and went immediately to see his doctor.

After an MRI test, it was proven that he had a golf ball size mass behind his left ear. He his this news from his wife until after the birth of their first child because he didn’t want it to ruin the happy time that they were all having.

His recovery was slow and painful, he was quoted saying

“Recovery really tested what I was made of as a man. It also became a blessing in disguise, as time progressed.”

Today, Ruffalo is cancer-free and has regained most of the movement in the left side of his face. Ruffalo wants his fans to listen to their guts, if you feel like something is wrong, go and see a doctor, just to be safe. 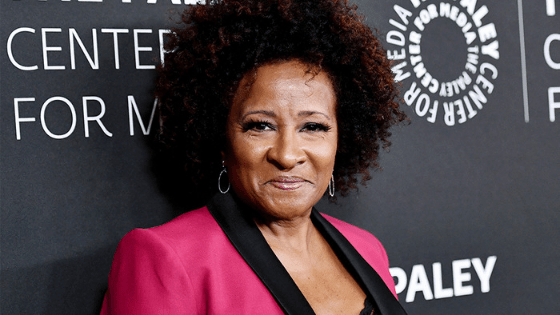 In 2011, comedian Wanda Sykes opened up about her cancer diagnosis to talk show host, Ellen DeGeneres. When going in for routine breast-reduction surgery, pathologists discovered that Sykes had ductal carcinoma in situ or DCIS.

DCIS is known as ‘stage-zero’ cancer or non-invasive breast cancer. Patients with DCIS have the lowest chance of needed chemotherapy during treatment and the highest survival rate, at almost 99%, compared to patients with other forms of breast cancer. However, this still resulted in a double mastectomy for Sykes.

Sykes has a lot of history with breast cancer on her mother’s side which she didn’t know about until her diagnosis. With this new knowledge, she understood that her chances of developing breast cancer again in the future were high and she didn’t want to take any chances.

In most cases, DCIS doesn’t cause any symptoms, and sometimes it can’t even be seen on a mammogram, this is why Sykes didn’t know something was wrong.

This is why self-examinations are so important, and if you notice any changes in your breasts, like, lumps, puckered or unusual skin, a thickened region under the skin, or nipple discharge, you should see a doctor immediately. 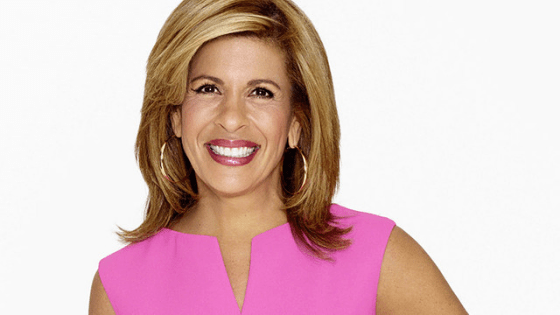 Hoda Kotb, from the Today Show, has reported on many important international and American news stories during her career. However, none of her life experiences or travels could prepare her for what came next in her journey.

In 2007, during a routine checkup, Kobt’s gynecologist found lumps in her breast. At age 43, she had never even had a mammogram, it was something that she “just didn’t do”. She understands that she should have been getting screened the whole time, she could have caught it sooner or prevented it.

But she knew that she couldn’t look back, she used her resources as a journalist and faced the problem head-on. She says she could not have done it without her friends and colleagues, who helped her find an amazing medical team.

Kotb’s worked closely with her doctors and medical team to make a treatment plan which in the end included a mastectomy and immediate TRAM flap reconstruction. She also followed her surgery with five years of taking Tamoxifen, a medication that helps to prevent breast cancer in men and women.

She said that healing from the surgery was the hardest part of treatment and she could not have done it without her support team, her friends and family who took care of her along the way.

However, the emotional toll that this whole experience took on her was much harder for her to handle. She had to come to terms with how her treatment was hindering her ability to have kids in the future. However, she found empowerment during her recovery.

She took time to appreciate the small things again, she spent more time in nature and doing the things that she loves.

Kotb was and still is optimistic about the future, she says that she gained clarity through this experience. Today, she enjoys connecting with other survivors and sharing her story, hoping to be able to inspire others to keep fighting.

All of these celebrities shared the same message, go to the doctor, ask questions about your health, and use your support team around you as much as you can. Regardless of how your cancer was discovered, from a dream-like Mark Ruffalo or from a mammogram like Sheryl Crow, you are not alone in your cancer fight.

Understand that whatever you are feeling is normal, even celebrities have felt that way. Whatever you do, just keep fighting.

If you are looking for help, please feel free to reach us out at artscapecares@gmail.com