WHY WE LOOK TO ART FOR SOLACE IN TIMES OF CRISIS 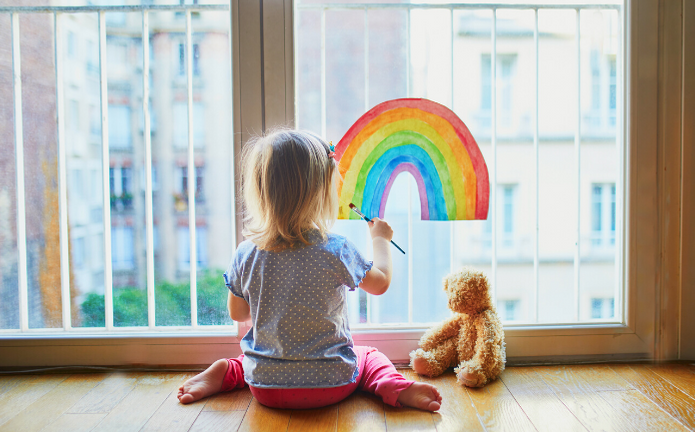 WHY WE LOOK TO ART FOR SOLACE IN TIMES OF CRISIS

The nationwide lockdown has been extended, yet again. The days almost seem to blur into one,
distinguishable only by the sheer number of hours that we spend relentlessly dreading about
whether the world as we know it will ever be the same again. As each day in isolation passes, we try
to reflect on ourselves, become better people, even. But the role of art in this process is imperative.

Whether it’s a TikTok meme or a heartwarming video of Italians singing from their balconies while
the entire country’s on lockdown, there’s no denying that art is everywhere. Especially now, where
we look to art for comfort like an old friend, weathered down by the tediousness of life in isolation.
We pick up new hobbies, like baking or starting a book club, things that we’d never be able to
accomplish on normal days. We find ourselves coming back to timeless movies and shows that never
get old. Yes, that’s one of the many reasons why we can’t stop rewatching Friends or The Office. In
some cases, art can be moving and emotional, that represents unity or diversity through a common
medium that showcases the power of the human spirit. I recently saw a video of a pianist and a
saxophone player performing a duet of ‘My Heart Will Go On’ from their balconies. It showed us that
no matter how tough the situation is art can unite us all. A neighbourhood in the US put up rainbows
in their windows so that kids, while on walks alone with their parents outside, know that this is a
safe place and the situation isn’t going to last forever. It’s really the simplest of things that can have
such a long-lasting impact on us. A new grandfather seeing his grandson for the first time through
his son’s window. A little girl, finished with her chemotherapy getting surprised by all her friends and
family in a wonderful, yet socially distant parade from their respective cars as she drives by.

These times have also forced us to be creative as we find ourselves with an abundant amount of free
time. Time spent finishing passion projects, working on an aspect of ourselves that we never knew
existed or even learning more about our family. Artists are admired for being creative, no matter the
situation. I find myself increasingly gravitating towards content that makes the situation lighter,
urging us to make the best of what we have. The infamously terrible celebrity-infused cover of John
Lennon’s ‘Imagine’ started by Gal Gadot was widely criticized as being privileged and out of touch
with the severity of the current worldwide reality. But a YouTuber and musician, who happened to
have a jazz degree, took that video and made it into something truly admirable. He arranged the
song as the celebrities had sung it (albeit with 75 different key changes) and made a piece of art
from something barely salvageable. A drummer created a song from a particularly impassioned
speech by an Indian news anchor.

Art also eventually lends itself to a sense of authenticity within us. With late-night talk shows halting
filming due to coronavirus restrictions, many shows are going online with special at-home editions.
There’s something so genuine about these talk-show hosts when they’re not immediately
surrounded by a flood of cameras, flashy lights and an ever-responsive audience. They’re at home,
where they also have to deal with their children interrupting them constantly and are free to be
their best, unfiltered selves. Here, they’re at their most vulnerable and most relatable, connecting
with their viewers right away. A heartfelt cover of ‘You Will Be Found’ from the Broadway musical
Dear Evan Hansen by the original and current casts of the show on the Late Late Show felt deeply
personal. It resonated with many, as we all seek to be found, maybe sometime, days, weeks or even
years from now, but, for now the best thing for us to do is to be ourselves, with art to guide us
through these dark times. And till then, art is what we can depend on.

She is a student of Grade 10 in the Cathedral and John Connon School, Mumbai. She enjoys reading and writing, especially about important issues such as mental well-being.